Featuring the work of filmmaker Waad al Kateab, Inside Aleppo tells the story of the bloodiest war of our century.

The piece documents over five years of violent conflict and devastation in the city, intersected with original footage and interviews from the ground. Following Channel 4's coverage, Waad went on to win two Amnesty International Media Awards as well as the BJA 2016 prize for foreign journalism.

Designed and built in collaboration with Felix Renicks 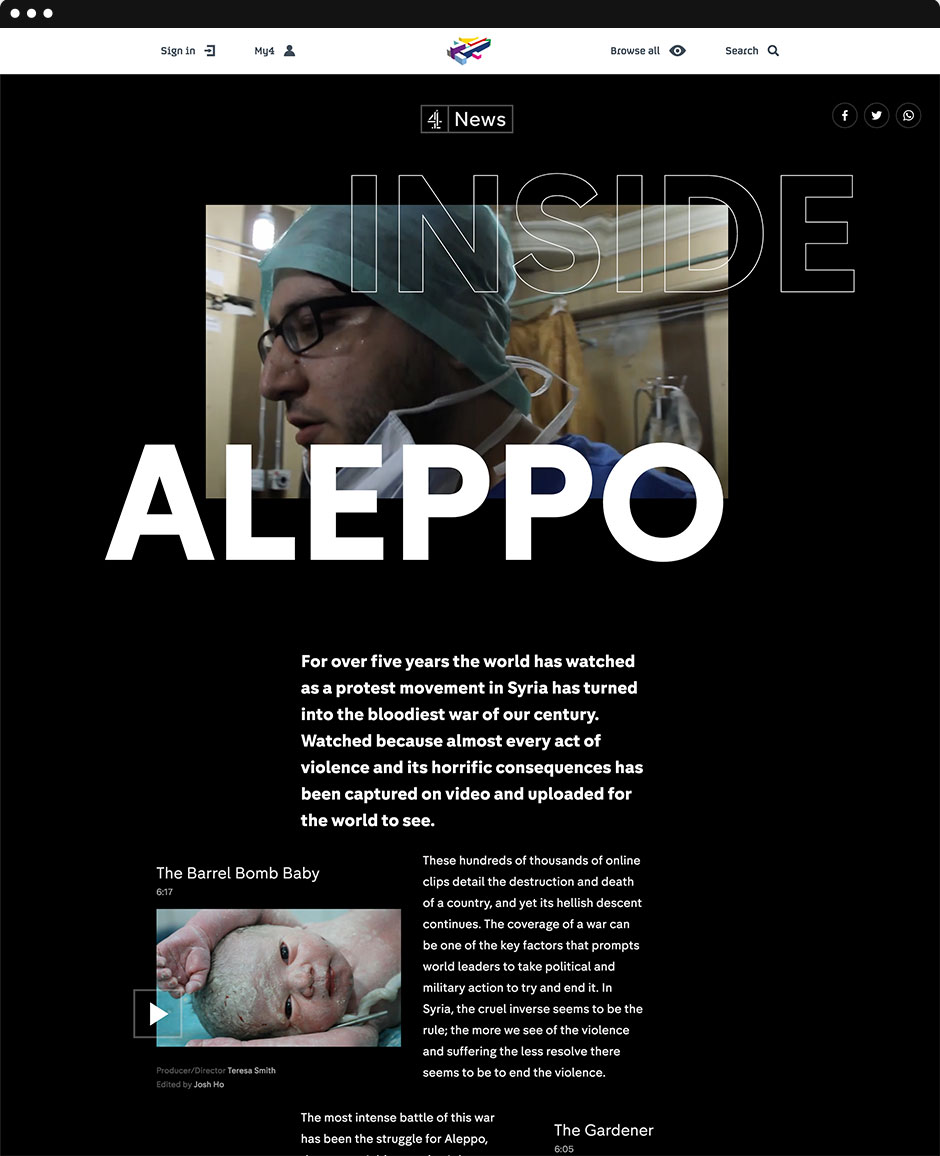 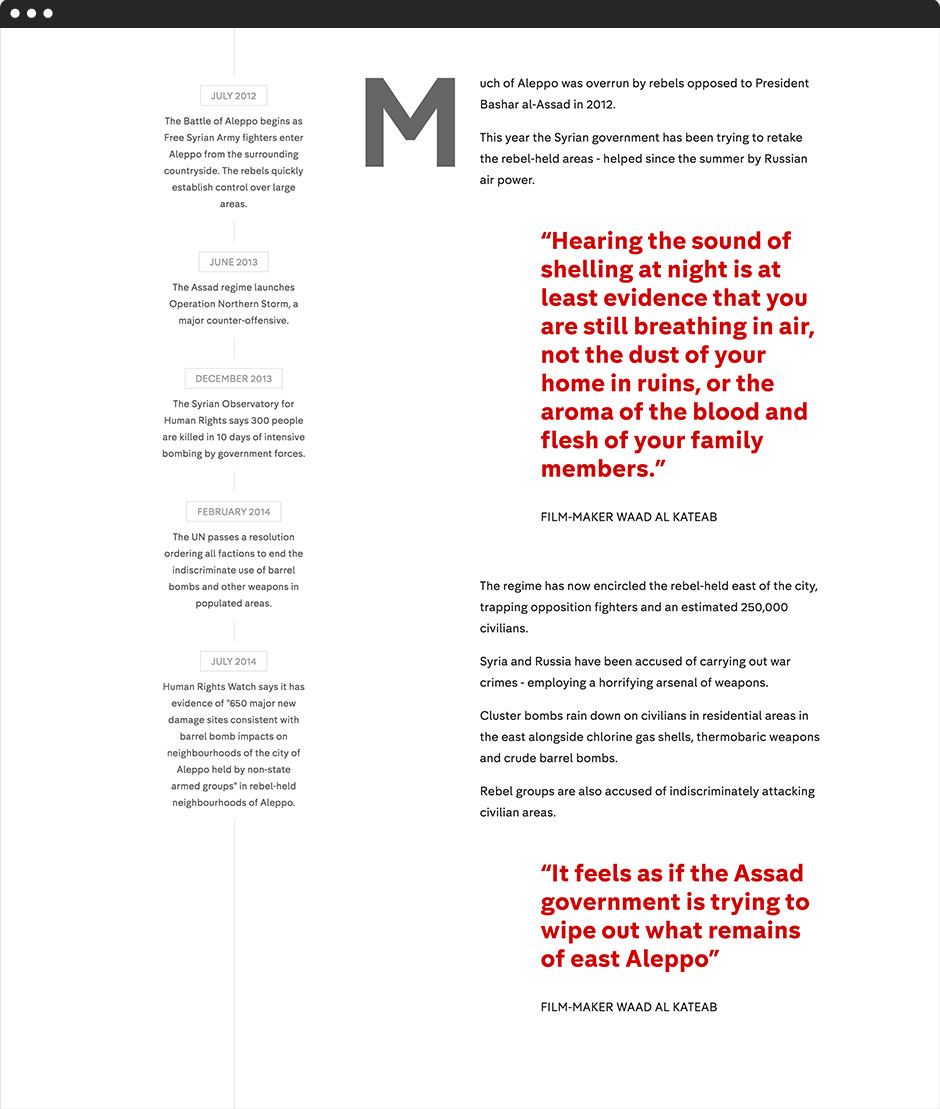 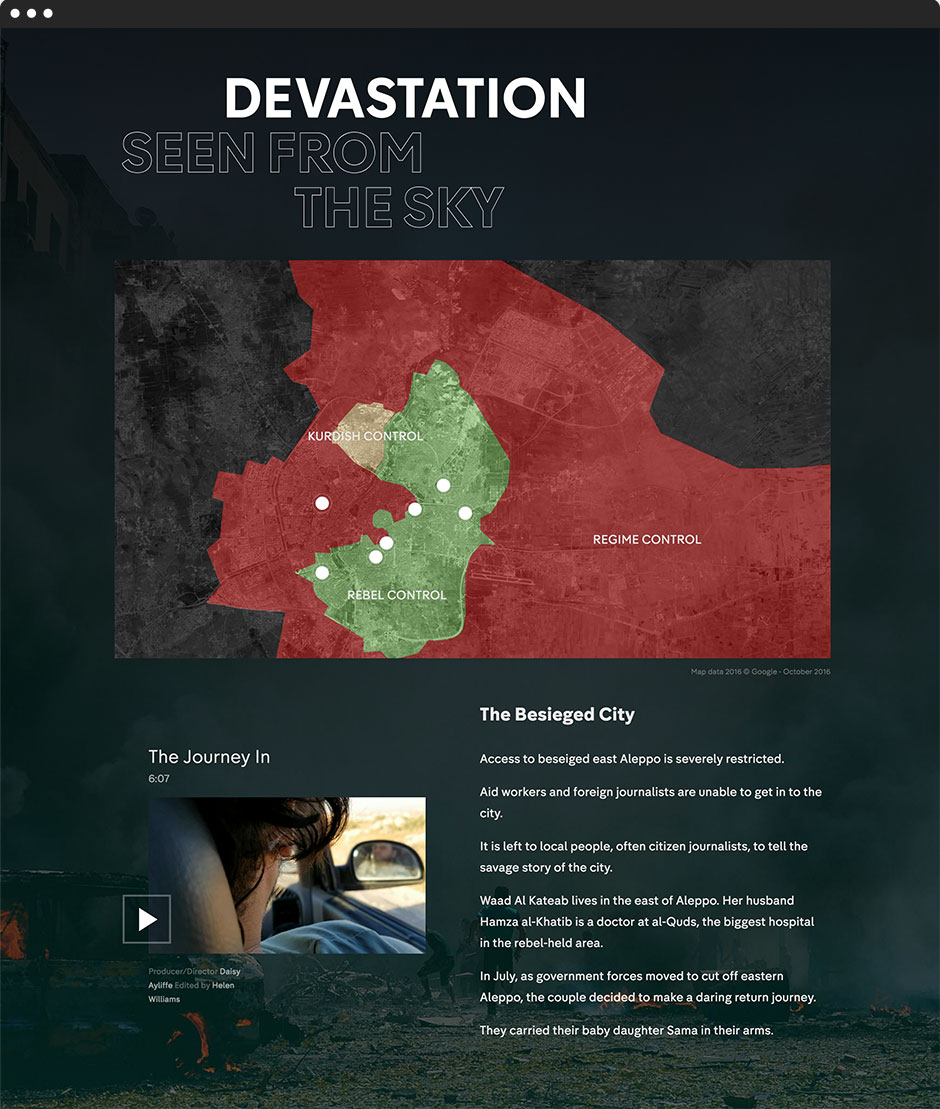 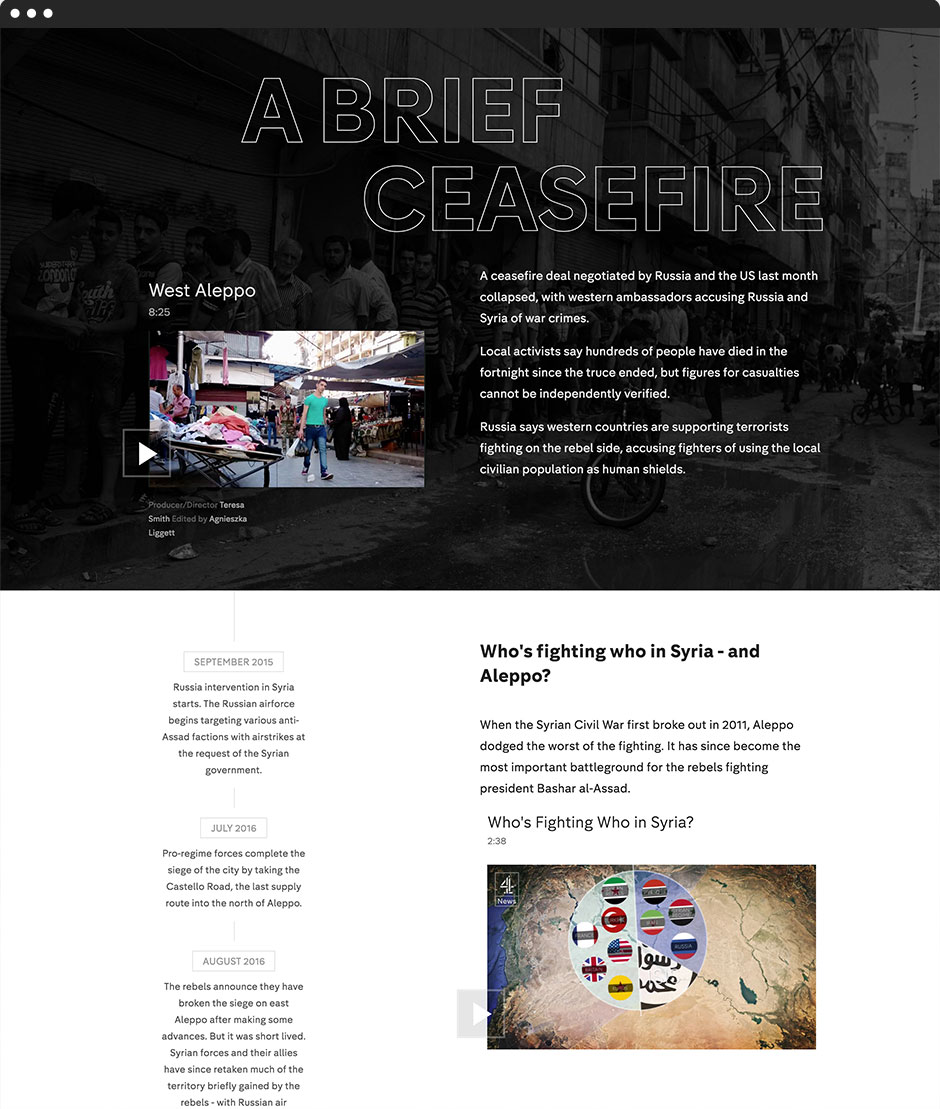 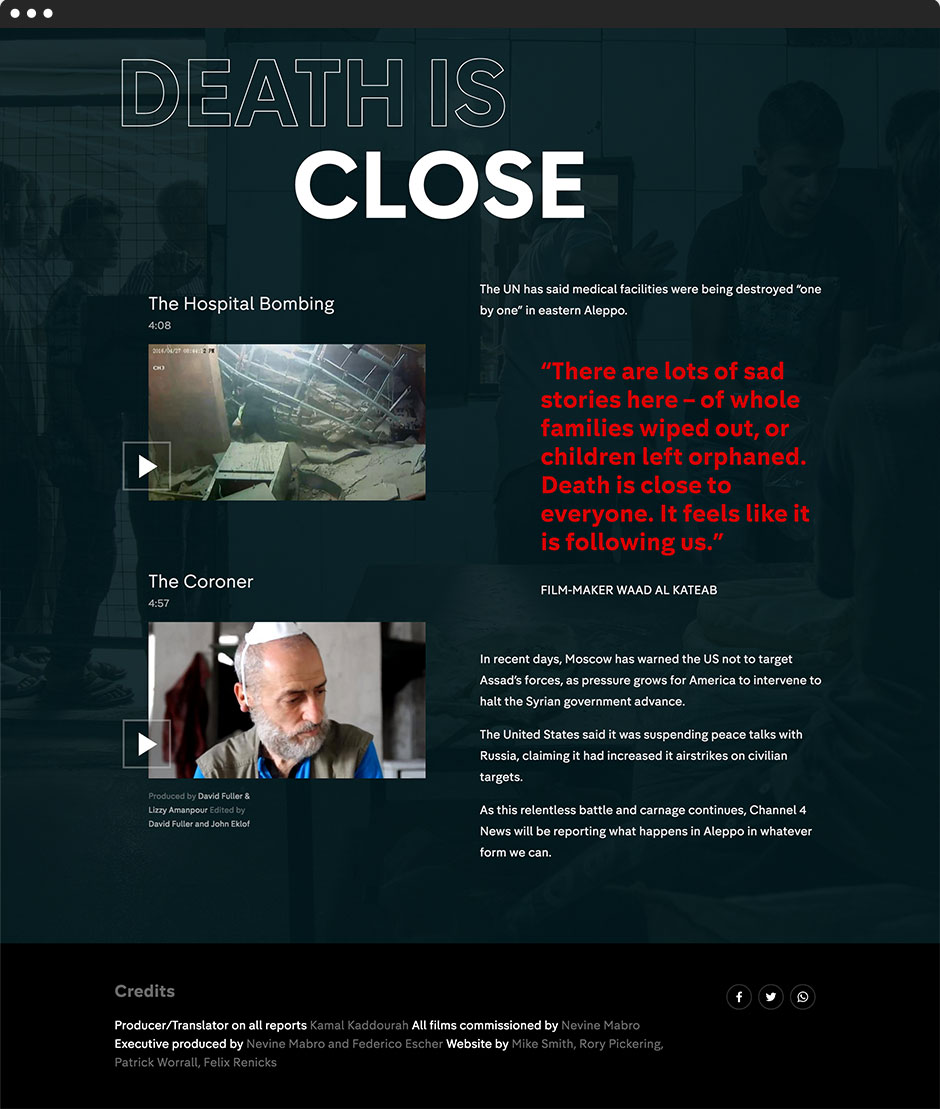